It was the way he sat on that bed, leaning over a bucket full of soapy water, with his wet pink shirt that was holding on to its original colour like the world depended on it, in his hand. At least I knew I hated him even before I met him; I had been told to watch out for him, that he liked women a bit too much, that he might try to add me to his list of women he had bedded.

I remember wanting to laugh the first time I met him, but I couldn’t because it would be the worst way to start my new job. We sat opposite each other at a meeting, and when he said his name, I almost burst into laughter. He was, well, not what you would expect a serial womanizer to be. I had imagined he would be taller; maybe that’s a short person assumption, at least it was my short person assumption.

I expected he would have more skin, more bone, and definitely more appeal. That day, I had stared across the table at the man I had been told would try to make a move at me, and I wanted to laugh like a Kikuyu mother in a chama meeting, in my first meeting as an employed person.

I knew at that moment that the person who was warning me had no idea of who I was. What I liked? What caught my attention. But then, I assumed that his wit would compensate for his lack of physical allure. Boy, was I wrong? The minute I shook his hand, I could feel the weakness flowing through his veins.

He was meek, with no breath in his lungs; nothing he said was alive. It was sad; he was sad. He tried extremely hard to be strong, to be seen. So he ended up making a fool of himself half the time and bending to other people’s will in the other half. In essence, he spent his days, money, words, actions, and god knows what else, trying to feel like a man.

He wanted to prove to the world that he was worthy of being a man, an African man, despite his physical lack, his missing personality, and non-existent will-power. That day, when I watched him do his laundry in his carpeted house with his current lady sitting on the furthest corner of the bed, I felt sorry for him.

A few minutes before I had walked into this pathetic sight, I had been collecting my muddy clothes from the grass outside my house. Then, I had thrown away the broken glasses and helped my friend and a taxi driver pack the few remaining things I called my possessions at the back of a pick-up.

See, that morning, I had received a disturbing call that could be summarised as “I had been robbed, and my house had been tossed.” I had decided there and then to move out of that god-awful house that didn’t want me, and that school that spit me out like I was nothing, unimportant.

So, with my house shoes, a large t-shirt, and some tights, I had hopped onto the pick-up taxi and went to move my things, at least the remaining part of them. After we were done, I asked my friend to take me somewhere. I needed to see something; I wanted to confirm something. I deeply felt that I knew who had robbed me, or at least planned it, or helped plan it.

I needed to look into his weak eyes and see whether hurting me had helped him grow, even just a bit. I wanted to see if having me robbed, or helping in it, had given him the validation he needed that he was a man. I had told him and all my students who were concerned about performative masculinity that manhood was innate. If that was how you identified, that was who you were; nothing could change it. 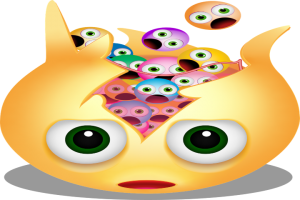 Image by Nina Garman from Pixabay

That day, as he held on to his pink shirt the same way it held on to the colour, I felt nothing but sorry for him, so I decided to walk away. Life was already hard enough for him. He had too much he hated about himself, and I did not want to add to that. I stood up and headed out; I walked through the dirty, dark hallway, struggled with the door a bit, and stepped out.

I took a deep breath, held it for a few seconds, and then exhaled. I was ready to start over, forget about the things that had been stolen, start over. But then, before I made the first step, a car drove into the compound, and my stomach turned to knots. The man behind the wheel was overbearing, repulsive, and incapable of any form of humanity.

He was my worst nightmare in that place, and he had a voice that made me shudder every time he spoke. I wanted to walk past him and his car, but my feet failed me. I had gathered a lot of courage so far, dealing with the robbery and facing the weak man; I knew I couldn’t face this man.

So, I walked back in; I pretended I was checking on my friend. The man with a pink shirt in his hands looked up at me and then at his clothes; that was the last time I saw those lifeless eyes, and I hope it remains that way.

There’s this thing Kenyans like doing, maybe it’s a human thing, but when I got home that day, after the things I had to deal with, everyone who wanted to comfort me for losing my things reminded me that at least, I wasn’t hurt. They said that a man like that was capable of hurting me, so I was lucky that I was okay; that the robbery happened when I was at my mum’s place.

They told me I was lucky because it could have been worse. I was supposed to be grateful because they only took property and not life; I could always buy other things. In those moments, I remembered the weak man, how he had willfully participated in something that would hurt me. That is, after months of pretending to be a friend.

Then, I remembered that he had no bone in his body, and I felt sorry for him. I thought about the man who was behind that wheel, how fast I had become the weak one when I saw him. His presence had been paralysing, and my anxiety thought of all the things that uncouth and inhumane man would say or do to me after the ride I had taken him on.

I had known that he hated me and everything I stood for, but then I had seen the surprise on his face the day he found out the extent of my audacity. He had been shaking that day, breathing fire, cussing at my short and insignificant self who dared go above his authority. I had watched him closely, with a watery stomach, waiting to see how angry he would get.

After unpacking my little possessions, I remembered that I didn’t have a job; I was back home, broke, and in debt. The worst part for me was that I had been helpless; there was nothing I could do. I knew who was responsible, but the question was whether I was willing to bet my life on it. These people were evil; they had shown themselves; they would do anything.

I was a woman, a woman who had lived through the inhumanity that exists in men. The obsession with power. The misogyny. The unquenchable thirst to prove their manhood. I had been a victim of awful struggles for real masculinity, and now I needed to decide whether I was ready to put myself in that situation again.

I had decided to walk away because that is what scared, helpless women, do in a country whose justice system pretends to care and then walks away without helping. 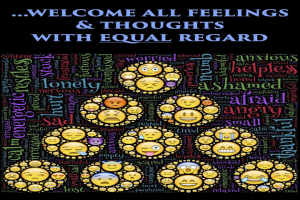 Image by John Hain from Pixabay

That day, as I sat on my mother’s sofa, and everyone told me that I should be grateful because at least I still had my life, I wanted to shout at them. I wanted to ask them what was fortunate about being robbed; about being disregarded. I wanted to understand why my loss was something I had to show gratitude for. If I could, I would have asked them where I could find the words to appreciate a situation that broke me in more ways than they would ever understand.

But I sat there because this culture of assuming that all things are worth gratitude had my mouth shut. I wasn’t allowed to express my sadness, confusion, hatred, weakness, and fears. I sat there, and everyone reiterated the essence of gratitude.

I understand where they were coming from; I understand what they meant; I felt some of the things they wanted me to. However, I had mixed feelings. I wanted someone to tell me that what happened was wrong. I would have given anything to have a conversation with someone who would not tell me at least.

I hate that no matter how deep, painful, or horrid something is, we are expected to be grateful. I loathed the fact that any expression of disappointment, any mention of emotions that did not indicate the presence of unconditional gratitude, is met with a reminder of how worse things could be.

Things could also be better, you know? Why don’t we mention that? Why is it so easy to downplay other people’s situations and experiences, all while imagining the worst possible scenarios for them? Why is it that it could always be worse, but no one sees that it could be better? That some things did not have to happen?

At least! I hate those words, not their general use, the African one, maybe it’s a human thing.

The constant reiteration of this concept forms a permanent space in your minds. Every time you are going through something, you imagine that others have it worse, so why should you make a fuss out of it.

You die slowly; your energy is barely there, and at times when things become too heavy to carry, instead of calling out for help, you remember the at least. If you walk around ‘at least people,’ your inner voice takes up that role in the moments that those people aren’t there to remind you.

At least!! This is how you spend a lot of time fighting things you could have won a long time ago. If you had trusted your initial reaction to a situation, if the first thought was that you could use some help, that is what you should go with.

Forget the ‘at least people’; if something is a big deal to you, it is a big deal. Feel all the emotions you need to; remember, you can be grateful, sad, happy, annoyed, confused, disappointed, and whatever other emotion there is, at the same time.

No one knows what things mean to you; no one understands what particular situations translate to when applied to your life. The nature of the path you have walked informs your reaction to these things. If you feel that something is heavy on you, don’t let others convince you that there are heavier burdens; that other people have it worse.