“I have been raped, but I overcame it, I chose to tell no one, but that was wrong, I want to inspire women to speak out so that their attacker will not have a chance to do it too anyone else.” Habida, Kenyan musician.

Although her rape happened many years before, Habida stated, in a radio interview, that that was her first time to talk about her rape in public. As she briefly stated the steps she took to get to a place where she could talk about rape openly, the musician highlighted an issue that rape victims have to overcome; self-blame.

Most conversations on rape in mainstream and social media often lean towards blaming the victim. Questions such as what they were wearing, whether they were sober, where it happened, and who did it are asked to invalidate the narration of the ordeal. Some people go as far as asking for the other side of the story, stating that the lack of evidence is suspect. While there have been instances of false rape accusations, the questioning culture is not birthed from the need to know the truth.

This reiteration of survivor responsibility and participation in their rape is engraved in our culture that people start believing it.

Ultimately, survivors have to choose between talking about rape and fighting to defend the legitimacy of their experience, or being quiet and trying to heal without societal intervention.

In some cases, the ridicule and doubt are closer to home than is comfortable. Brenda Jons, an iconic multi-disciplinary creative, talks about how it was impossible for her to out the abuser. In this case, the rapists’ religious standing prompted her silence, because she knew no one would believe her.

These stories are vast, and they all have one thing in common, the lack of access to safe spaces to talk about rape. 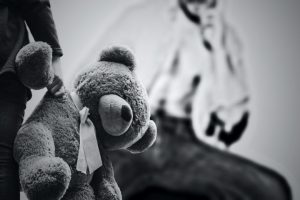 According to research done in 2014, 14% of women and 6% of men between the age of 15-49, have experienced some form of sexual violence. While this percentage is concerning, it is essential to put into consideration that this is only reflective of the instances that were reported or discussed at a point.

The accuracy of the report percentages is dependent on the willingness of a society to talk about rape. Since Kenya is still vastly traditional and most cultures are painfully patriarchal, many cases are unreported, thus, undocumented.

Between 2014 and 2020, more survivors have come out. There is a fragile balance between attributing the growing numbers of openly visible survivors with the increased availability of platforms that allow them to talk about rape and access information, and an increasing number in abusers.

This year alone, after schools closed down in an attempt to curb the spread of Corona Virus, 4000 underage pregnancies have been reported in a small part of the country. This number is a reflection of the societal failure to come up with applicable and effective solutions to rape.

In this instance, the questioning culture came-up with make-belief explanations that this was propaganda to push for the inclusion of sex education in schools. To the devoted and faithful, this was a war against the strong religious morals that govern the society. It is unbelievable and disturbing that in 2020, religious doctrine still influences access to basic human rights.

Other arguments pushed for the possibility that the pregnancies were as a result of sex between minors. This might account for a small number of cases, but every Kenyan who cares to be honest, knows that this is a front that shields abusers. 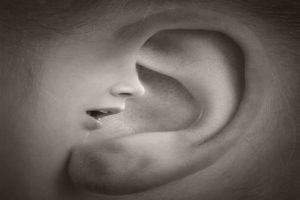 “…seeing her battle that (cancer) and being open about it, made me claim everything or every experience in my life, and so when I did, unfortunately, get raped, it did take me a number of years to be able to talk about it openly, but I knew that was the end goal because it’s what I had seen my mum do with her challenges as well.” Adelle Onyango, one of Kenya’s most influential podcast host and social activist.

In the podcast interview where she talks about this, Adelle continues to state that she grew up in an open environment where she could have all sorts of conversations. This allowed her to talk about the ordeal, both with her family, and eventually the world.

Creating safe spaces to talk about rape is about providing an avenue that makes healing a little bit more bearable and manageable. One that allows survivors to speak up and express their perception of the crime and process their feelings.

These safe spaces should be free of judgement, patient, and critical of triggers. Ultimately, with a united social front, they help in reducing the extent of rape cases.

One crucial thing to note is that creating safe spaces to talk about rape is a process with no end. It is the constant reinforcement of the assurances offered to survivors that their story and experience will not be used against them. This can be achieved on different levels in the following ways.

Self-expression equips people with a means to defend themselves. According to Trevor Mimano, a personal protection expert,  in a conversation series with Caroline Mutoko, communication comes in handy in instances of sexual threats. This cab be through asking for help, fighting the abuser, or making it easier to bring up uncomfortable conversations on rape and potential abusers.

Constant reassurance that the space they exist in believes what they say allows survivors to talk about rape and name their abusers without fear of repercussions. When it comes to children, constantly showing genuine interest in what they have to say creates a foundation for such conversations.

No matter who initiates it, ensure that you listen without interruption and only give input when requested.

By the time a child turns 4, they have some form of independence. For some parents, this age marks the point where children start bathing themselves, and this is the best time to teach agency and consent.

This type of freedom reinforces the ideal that their bodies are theirs. From this point, parents can build on conversations on what makes inappropriate behaviour when it comes to adult interaction with the child’s body.

Although this concept has been embraced in many communities, there is a problem in the delivery. It is vital to question the effectiveness of the information given. For instance, what good does it do to tell a child not to sit on a man’s lap? Other euphemisms used include “sit like a lady, stay away from boys, don’t let anyone touch parts of the body that the swimming costume covers, etc.”

While it is impossible, and absurd to have explicit conversations with younger children, it is best to find a way that communicates both the cause and effect of the advice offered. Pace the conversation based on age and comprehension, both of which are guided by recognizing the individuality of a child.

Once the concept of autonomy is taught, adults around the child must respect the set boundaries. This includes things like not forcing children to say hello to relatives when they show reluctance.

In a perfect world, everyone would learn about consent at home, but this isn’t the case. Therefore, the responsibility to teach and respect consent falls on every individual who understands it.

African culture does not have room for public display of affection, well, it didn’t, but this is changing. Many (older generation) parents wouldn’t be caught dead expressing affection to their partners in front of their children.

Understandably, this reservation is informed by the environment they grew up in and what culture dictates. It would be easier to resign to this reality and let things be, but this is not the time. The best way to counter this is to provide access to couples that are more open about intimate relationships and relationships.

This can either be through physical exposure, or, thanks to the magic of technology, digital platforms. By looking at healthy sexual relationships, and listening to input on how to navigate matters of safe sex, contraception, STDs, and what have you, you teach what is unacceptable.

Unfortunately, there is still passionate opposition to the access of sexual realities, especially when the reference point is African, all in the name of preserving culture. This obsession with limiting information access by banning things leaves people unequipped and unprepared.

People and organizations that have been fighting against rape and sexual assault are often met by the questioning, opposition, and silent cultures. Those who dare to talk about rape lose their jobs, are threatened, and are often met with violence. This has led to a culture of compliance to rape culture under the guise of self-preservation.

Creating safe spaces to talk about rape needs the involvement of the vast majority since public participation reduces the weight of the consequences.

As such, it is essential to learn to speak up and call out abusers in the available capacity, whether it is by telling a relative to stop visiting because they make children uncomfortable, or firing an employee who pretends not to understand what appropriate behaviour is.

Survivors of rape who speak up are met with questions on why they didn’t talk about rape earlier, why they didn’t follow the legal framework provided to deal with such cases, and many other insensitive inquisitions. The truth is, it is impossible to state all the reasons that influence one’s decision to speak out.

All of them, however, are influenced by the lack of access to safe spaces. That is something the society needs to work on.