Books have a way of transporting us to worlds we would never dare explore. They allow us to live through different realities and give us insight into what our lives would look like if we only dared to permit ourselves to live, even just a little. I am awfully glad that this love story began through a book. Not that he used to read, heck, I never saw him hold a book for the three years I knew him. It’s more about the unbelievable high that I derived from reading Stephen king’s Needful Things. Two sentences and I lost all my senses. One minute I was on my bed, finishing a chapter, and the next I was instructing my roomie to get dressed for our night out.

The peculiar thing is that earlier that day if you had asked me, I would have told you that the church had my time, I was going to get my Jesus on with a night of worship and prayer. Turns out the things I did and what I planned to do never aligned when it came to church stuff. So that night, in the gospel of Stephen King, I wore my tiny black and red dress and went to get some company.

When you are used to staring at someone when they are not looking and averting your eyes the minute you meet theirs, it is impossible to ask one out without swallowing your words. Like the fool that I was, one that didn’t know when to quit, I walked into a house that would later give me memories I would carry for life. See, the stranger (Danny), had a cousin who was a friend, and to save my stomach from exploding from the zoo that kept forming each time I saw my awaiting experience, I directed my invitation to the one I was more familiar with. I hoped with everything I had that my platonic escort would tag his cousin along.

“Are you attending Fresher’s night?” I asked Kelvin while my eyes were fixed on Danny.

“No, I wasn’t planning to, but Danny said he wanted to go, you could go together.”

Danny looked up from his phone, and I lost composure. Before he could say anything, I blurted out the most stupid words I could have in such a situation. “I wanted you to come, Kelvin.”

The beautiful man sitting across from me shrugged and looked at his phone. As he stood up, he looked at me, just for a second and said, “if it’s Kelvin you wanted to go with, that won’t happen, but my friend is coming to pick me up, you and your roommate could get a ride, that’s if you are interested. 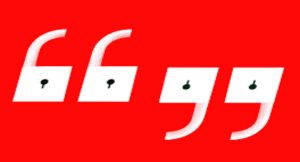 I would attribute my experience with Danny to four things, Needful Things, his cousin declining my invitation, my red dress, and these legs that I was graciously given. One look at me, and he found his words, a simple “you have amazing legs,” marked the beginning of something worthwhile. Out to the night, we went, walking on eggshells as we tried to avoid awkward conversations. In the backseat of a five-seater, we were four, so on his lap I sat, innocently, grateful for the acceleration that this encounter had given the situation.

It must be common knowledge by now that the path to anyone’s heart is through some good food. I embrace the fact that a good meal is a love language. For me, it’s the little things like having him preparing a meal at times when I needed this type of kindness that made it impossible to assume him. It’s the effort to ensure that I had a hot homemade meal on one of the most hectic days of my entrepreneurship campus life that made him seem like a prize. And when I sat down to eat that food, I felt an embrace, a shade after standing in the sun all day. In the nights when I stumbled into the compound in the wee hours of the night with aching feet and a stagger here and there, having a warm plate to help lower the alcohol was a gift I never expressed appreciation for.

I wish the ending was like a KPLC blackout, unintended and with no warning. That way, I would have only had to deal with the outcome instead of preparing for it. The cruelty of seeing an end with no way to run to it was a burden that drained me more than I would admit. So, every day, as the light in our friendship faded, I went to sleep, hoping and waiting for the worst. And like a bad romantic comedy whose ending you can see a mile away, I stood in the moment, waiting for someone to draw the curtains.

I loved the idea of acting like a love-struck teenager. I miss the silly stares and the hotness that a glance from him would send to my cheeks. Now, I am glad to have enjoyed every one of those awkward moments when the room would fall silent anytime we were left alone. All those times that I would go out to hang my towel even though I had not used it, simply because I heard his voice outside our door. The fact that I was able to position myself in places where he could see me and call my name, that name that he coined out of heaven knows what form of idleness that had a way of always making me blush.

Often, you will find that you are lost in the memories, and every once in a while, the intensity of the moment engulfs you and overshadow the present. The thing about life, however, is that no matter how hard or simple, we have to learn to embrace transitions. Every day we have strangers becoming family and family becoming strangers. The most we can do to shield ourselves from the ache of the changes is to make the most out of everything that life deals us. That way, nothing is ever lost.