After a long day of walking around different estates adjacent to Embu Town, my roomie and I decided to do the one thing that we had avoided. The sense of pride that we shared between us had caused my body and feet to endure more than 5hours of house hunting. But we knew it was time; there was no other option. She looked at me and gave the mandate. I took my phone to make the call that would have saved us all the trouble. Asking for favors was hard for us, so when I put that phone to my ear and asked someone to direct us to vacant houses, it felt like I was betraying myself.

Numerous things happened within the next 10 minutes, but one thing remains vivid. I remember being on a motorcycle, looking around trying to familiarize with the environment. I remember losing my focus for a minute; I remember seeing him standing by the side of the road, carrying on with whatever he was doing. I remember holding my breath; that’s what I do when I realize I am experiencing a once in a lifetime moment. I remember taking in his essence, the way I do with the Pangani tunnel every time I am going to town. I took a deep breath, looked at him for as long as I could, turned back and faced the direction we were headed, and I closed my eyes to relive it all over again. 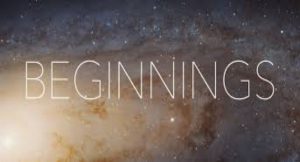 In the beginning, he was a passing wave, so when I told my roomie that I had seen a handsome guy, she shrugged, she did that a lot. My preference in men did not align with anything she deemed attractive. I remember joking around about how I would enjoy living in that neighborhood if it meant I would see beautiful people every day. At that point, I was oblivious, to me, it was a joke, but the universe doesn’t laugh, it mocks.

There’s this thing that happens a lot, to everyone, I think, once you see something, meet someone, or learn a new thing, especially words, they keep appearing. That happened with him. It’s peculiar that the same face was waiting for me when we went to pay our rent for the new house. I say waiting for me because I like to imagine that I am special like that, special enough for the universe to work on aligning me to my fate. Although I think this way now, I didn’t back then. To me, he was just a man sitting outside a shop, minding his business.

It would have been impossible for me to assume him, the way he stood there carrying a color you only found on the beautiful sons of the lake. His melanin was too perfect to pass up. And even though he lacked that high-pitched accent that always had the intonation of a question, he was a consideration I was willing to make.

That night, as I got rid of my sneakers, I was grateful to get some rest. The shoes had given up, and that would be the last time they would be used. That was okay, for a pair bought in Githurai, and the fact that I could never figure out what their original color was, they had done well. We sat in the darkness, using plywood for beds and our clothes as mattresses and blankets, it was going to be a long night. Then there was a knock, subtle, intentional, and kind. Outside stood our landlords, an older man and woman, sharing concern for the new tenants.

They politely asked us our names, funny that the man ended up baptizing us a new name and used it for me and my roomie, he didn’t care who answered to it. There’s a saying in Gikuyu that all names are ideal to raise a child (It sounds so much better in Gikuyu, English has a way of stealing the richness of African languages). So, we both took up our new name; we became Hellen. That was a minor sacrifice for a person that had felt our pain from a distance, one that had provided food when we didn’t have any, for parents that pushed their children to serve us at a time when we needed it most.

That night two things happened, I experienced the greatest kindness in my life, and I dipped my toes into a river that would carry me along for three good years. At the end of the night, he, the stranger who kept showing up, stood in my house carrying a mattress. At the end of that day, I stood next to him, we shared the same air, and I knew he was meant to be significant. He was no longer a passing wave but a waiting experience.